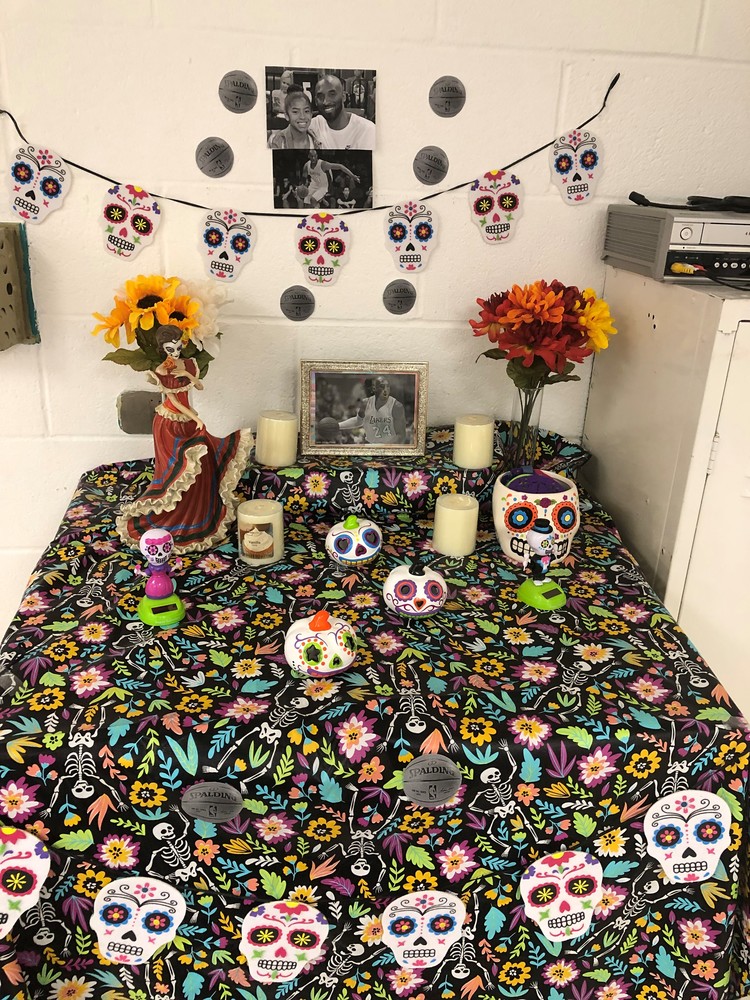 Kobe Bryant's death captured the world's attention, including GCHS students. While many students talked about Bryant's tragic death and inspiring life, others drew on past lessons to create a remembrance.

According to Spanish teacher, Maribel Ray, several students asked her about creating an alter for Bryant in her classroom. The alter, they had learned prior to Bryant’s death, was a way to honor the dead and remember the life. The idea gained ground and Ray had to stop teaching about other points of Spanish and Hispanic culture to allow the students to practice their lesson.

Students created the alter with paper skeletons, which are used to represent death in a positive way and to encourage the spirit to a happy afterlife, Ray said. Candles and flowers are part of the alter. The candles represent lighting the path to the afterlife and remembering the path the person made through life, Ray said.

Another part of the culture is encouraging people to talk about the life lost and the impact had in this world, which is what the classes did during the construction of the alter. Ray was very impressed with her students’ memory of the cultural alter.