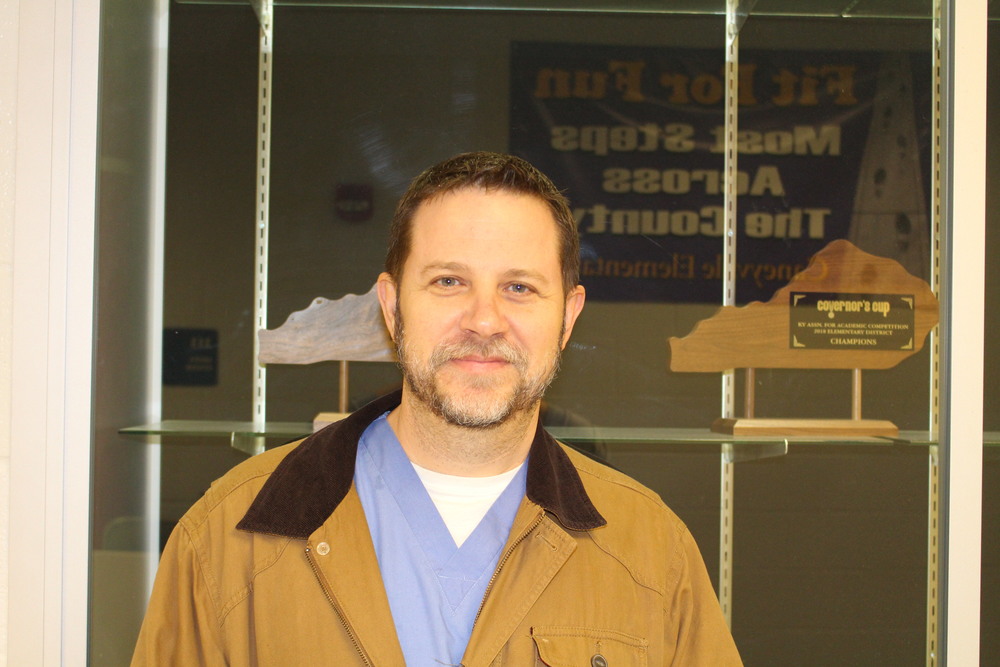 Todd Bullock, Nurse Practitioner at Caneyville Family and Practice, visited Caneyville Elementary in January to speak to students about our Grayson Co Schools Profile of a Graduate Platform.  Mr. Bullock chose to emphasize being Enterprising Innovators and what it means to have a growth mindset.  He encouraged student to be anything they want to be when they grow up, using his own life as an example.  From a young age Mr. Bullock wanted to be in health care, and though some people told him he couldn’t, Mr. Bullock pushed himself to work harder, and never gave up.  He is now warmly referred to around Caneyville as Dr. Todd.

Mr. Bullock also brought in a prop, a model of the brain, to illustrate that we can train our brains to do hard things if we have a growth mindset.  With teachers’ help, we can exercise our brain like the muscles in our arms.  He mentioned that the human brain works harder and stronger than the largest computer in the world.  Mr. Bullock said that instead of saying “I can’t” then giving up, which is a fixed mindset; we say “I can and I will,” then work hard with persistence. “It may take me longer,” he said “and that’s okay, but I can do things. I’ll make mistakes, and that’s okay as long as I learn from it...but rather than giving up, we keep going.”