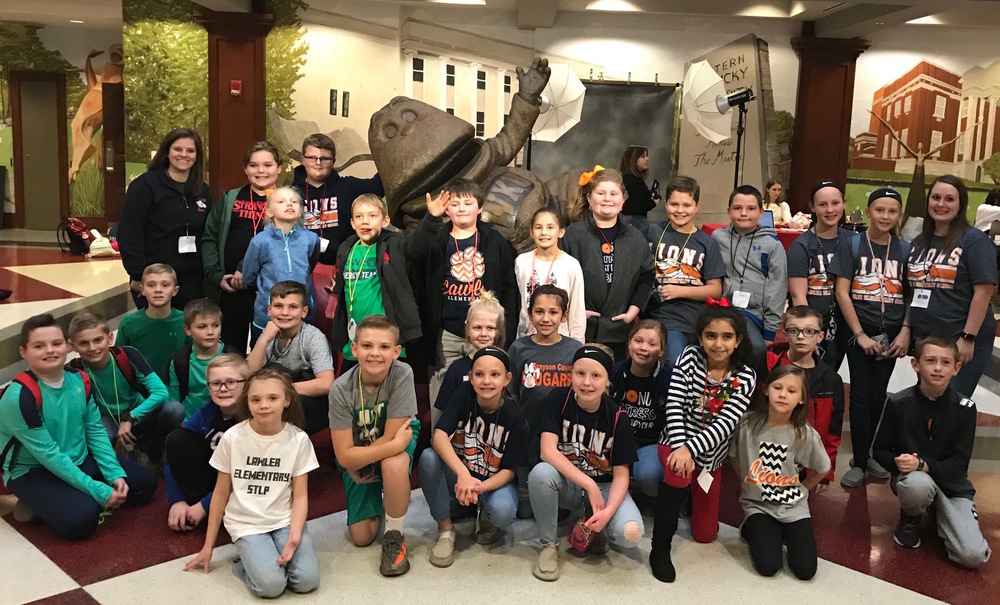 Moving on will be Team Max, a project to support team member Eva Kemp's cousin, Max Sharp, a 5th grader at Cloverport, diagnosed with leukemia. Students collected soda tabs throughout the school to donate to the Ronald McDonald House, weighing them in with digital scales.  They kept fellow students engaged and competitive with monthly rewards to the class that donated the most by weight.

Also advancing will be the Digital Lost and Found Team. The project, initiated for last year’s competition, has been refined as a tracking and identification system for the school. Lost items are sorted, organized and labeled, with students photographing teach before posting on the school’s Lost and Found website.

Also representing Lawler was the Recycling Team, with a goal of starting a recycling program at Lawler to reduce the amount of trash thrown away, collecting recyclables from classrooms and sorting them weekly.

A total of 28 STLP members participated. Of those 4th and 5th graders, 17 were returning from last year’s team and 11 were first-timers.