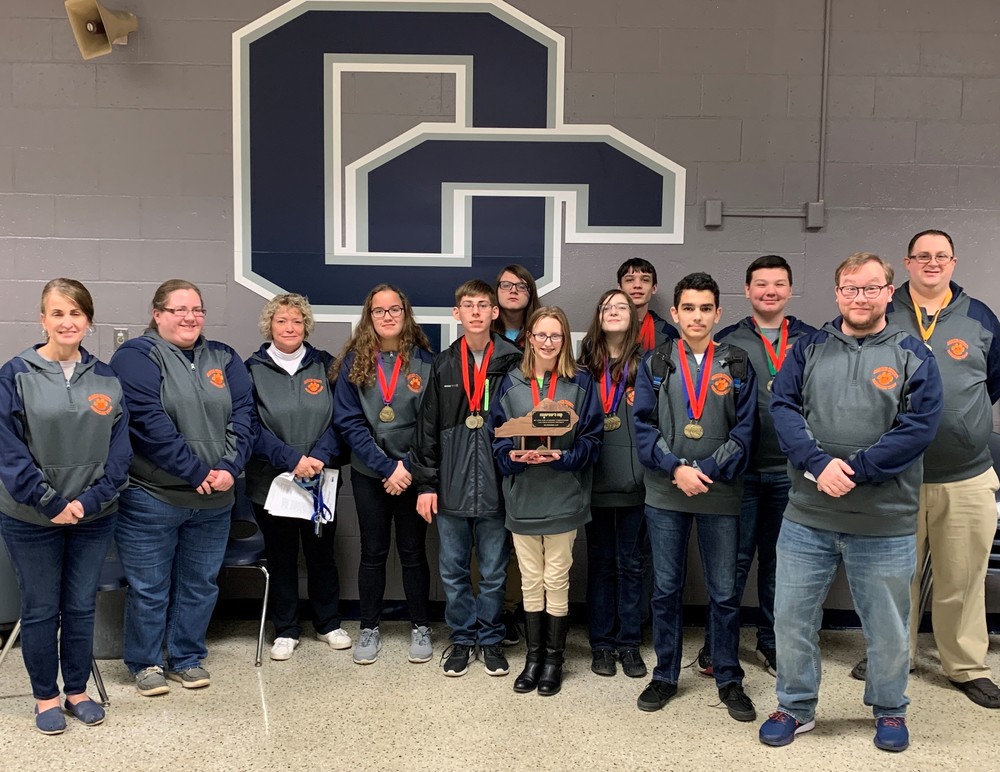 Congratulations to the Grayson County High School Academic Team for its performance at the KAAC Governor's Cup District competition this past Saturday, January 25.  The team bested McLean County and Ohio County in quick recall, but fell to a fast-on-the-buzzer Edmonson County team to place second in Quick Recall.

Advancing to Regionals in written assessment are:

These placings were enough to secure Grayson County as the District Runner Up in total school points, behind Edmonson County. Congratulations to all students advancing to the Regional competition in February!