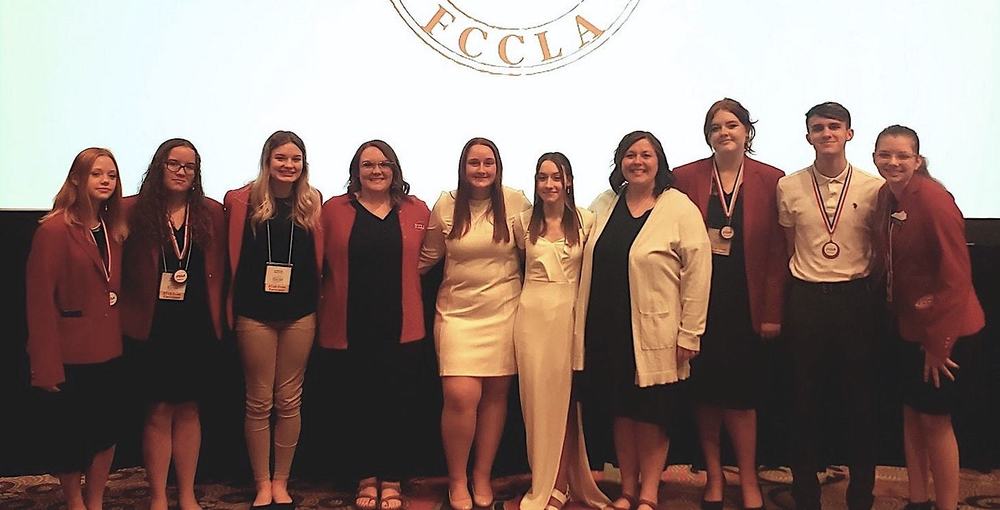 Grayson County High FCCLA Chapter returned to the stage at this year’s State Conference, the first in-person since 2019.

Abby Smith and Sydney Lindsey placed in the Top 5 of their respective categories. Smith, Lindsey, and Mary Kerr earned their Power of One for achievements in personal development. Smith and Kerr also earned State Degrees.

The GCHS chapter was also well-represented at the state leadership level as sophomore Hollie Hagan was elected 2022 - 23 KY FCCLA VP of Community Service and will promote the state service project, Rae of Sunshine.

GCHS FCCLA was named to the Silver Honor Roll and earned chapter awards for work in Career Connections and Families First national programs.

While there, members also placed an Elvie Shane CD in the time capsule with a photo of chapter officers to be opened in 2045 at the 100-year celebration.