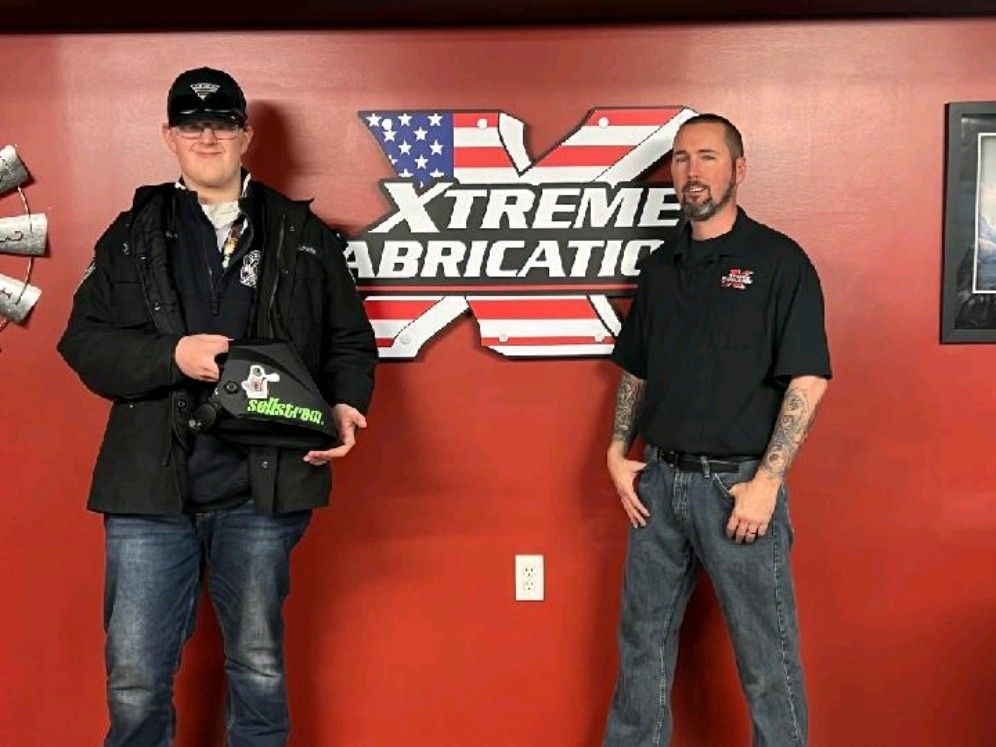 Senior Trenton Fogle loves job shadowing at Extreme Fabrication .  Trenton said he first became interested in welding at the age of 11, but that he didn't have the opportunity to weld again until High School.  This year he has taken four welding classes with GCTC's William Fulkerson, and he has been shadowing two days a week with Sonic Carmen, Matt Skaggs and  Matt Goben since November.   Owner & President of Extreme Fabrication, Dwight Busche, said, " It's exciting to be working with the next generation of welders".  In fact, he had the idea to host a "weld-off" competition amongst the several shadow students they host and Trenton won the competition. As a reward, they graciously gifted him a brand new welding helmet (pictured above).  Fogle intends to sign on with the company upon graduating in May. This is just one of many examples of success stories within our work based learning program! Thank you to Dwight, Sonic, Matt & Matt for making a positive impact in our community.