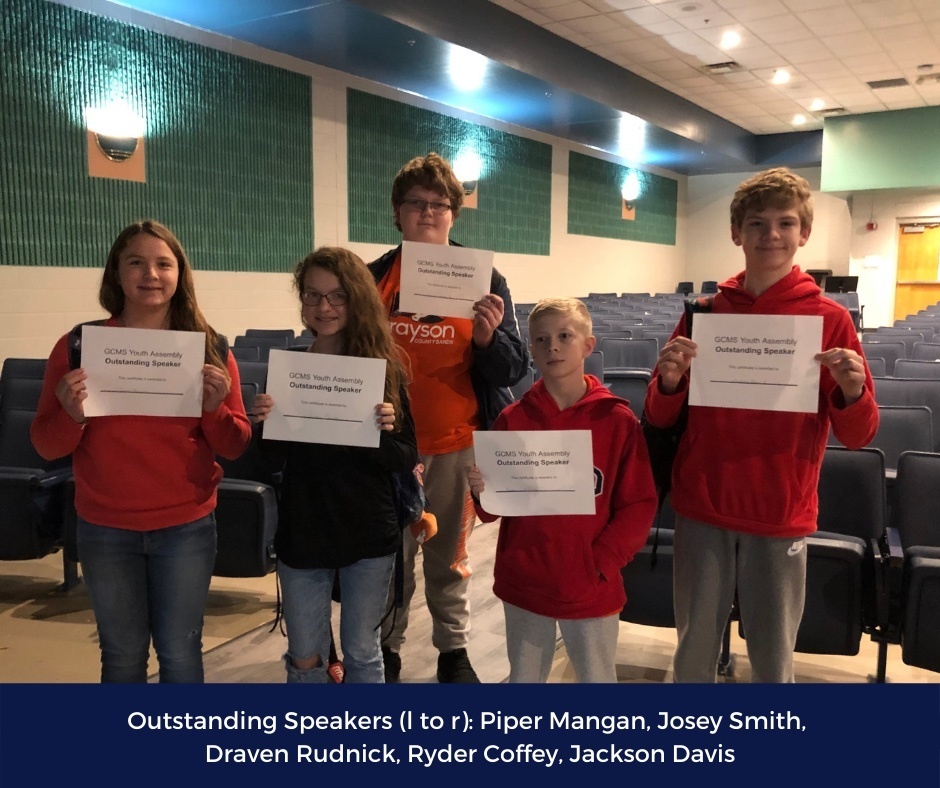 The Kentucky Youth Assembly is a strong tradition at Grayson County Middle School.  KYA is an opportunity for leadership skills to grow while participants learn about the entire legislative process.  This program offers students the opportunity to learn about a wide variety of issues that are important to them, develop critical thinking skills, and articulate their beliefs while engaging constructively with their peers.

This year, a decision was made that if students were unable to attend the conference in person, we would create our own youth assembly at GCMS.  One difference when comparing the two assemblies is that traditionally, approximately 40 students would participate in the program and present three to five bills to be debated.  This year, the GCMS Youth Assembly had over 150 Gifted and Talented students participate and over 50 bills were created, presented, and debated.

District  Gifted and Talented Teacher, Terri Haycraft, spent the first semester of the 2021-22 school year working with students in small groups or individually while they created bills that were important to them.  There were times when students needed answers about current legislation before they could move forward with their own.  When answers couldn’t be found, Haycraft reached out to community leaders to help provide answers or to help lead the students in the right direction.  “Leitchfield Police Chief David Riley was a great help on a number of occasions and provided useful information and resources,” shared Haycraft.

Rep. Samara Heavrin and Sen. Stephen Meredith were invited to visit GCMS to share firsthand experiences on how a bill becomes a law, legislation they created that they are most proud of, and to help answer any questions the students had about their own bills.  The state legislators were quick to respond to the invitation and spent nearly two hours meeting with these students.

All sixth, seventh, and eighth grade G/T students had the opportunity to debate and vote on the bills that were presented during this first-ever GCMS Youth Assembly.  This was the culminating activity of an entire semester dedicated to the legislative process.  The future is bright in the hands of these future leaders. 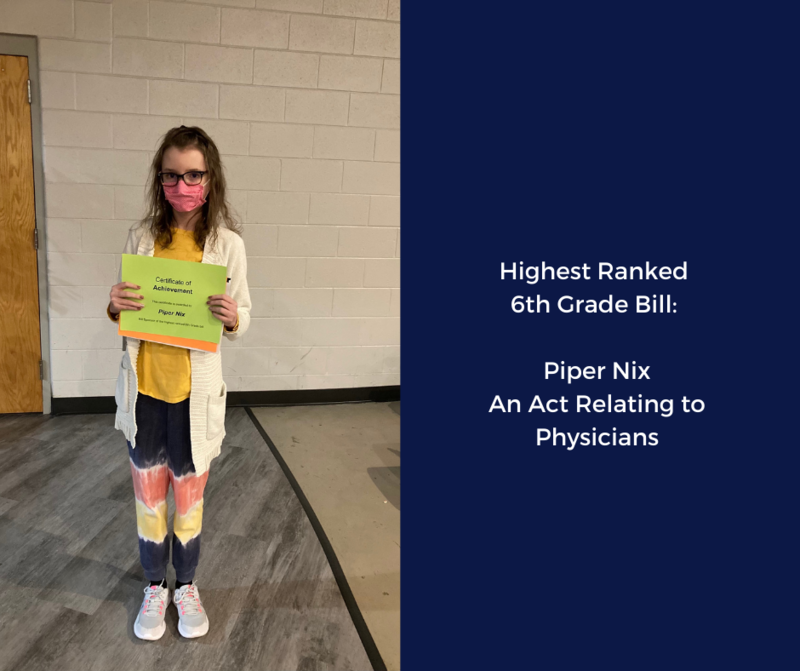 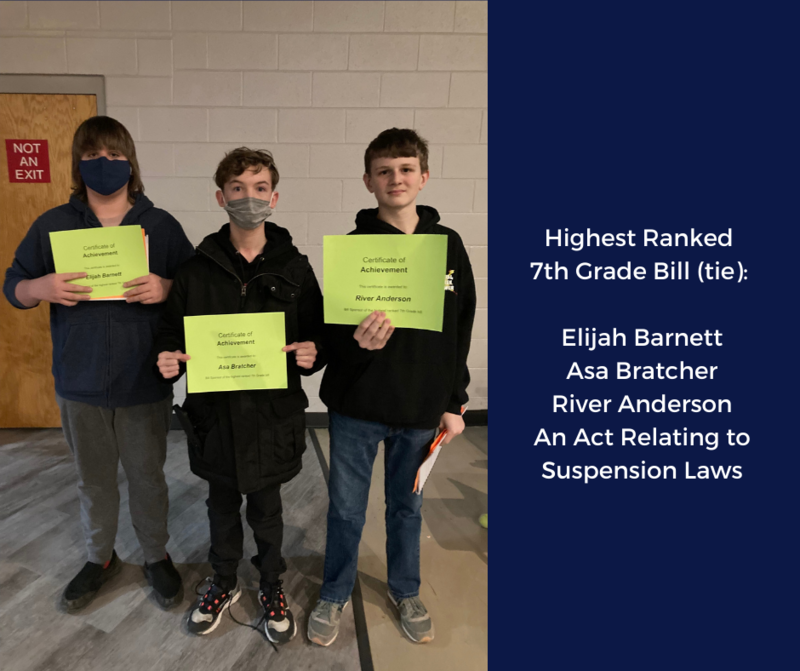 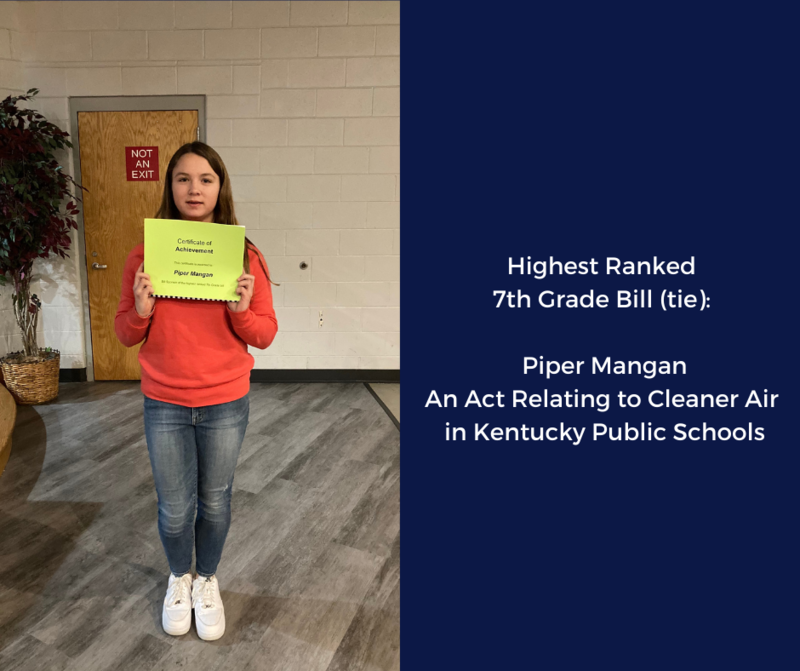 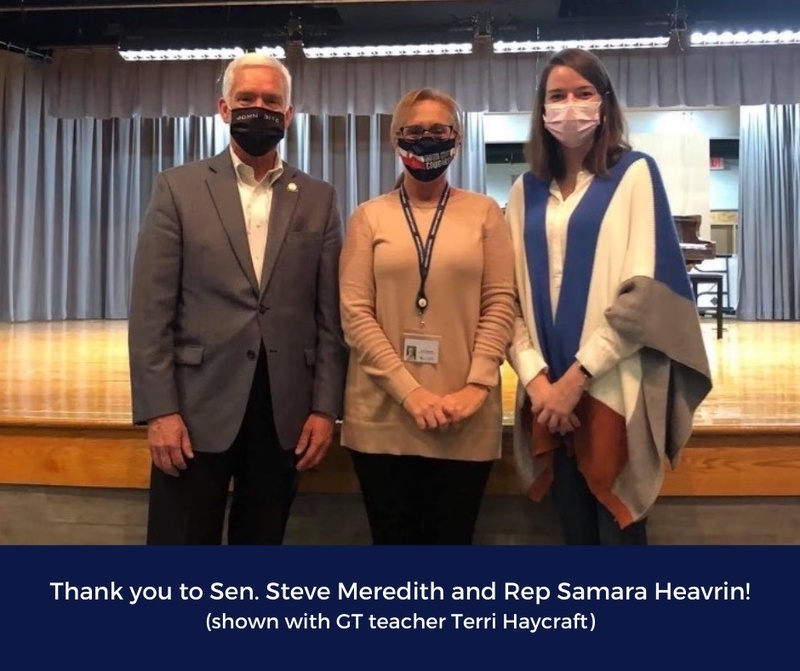