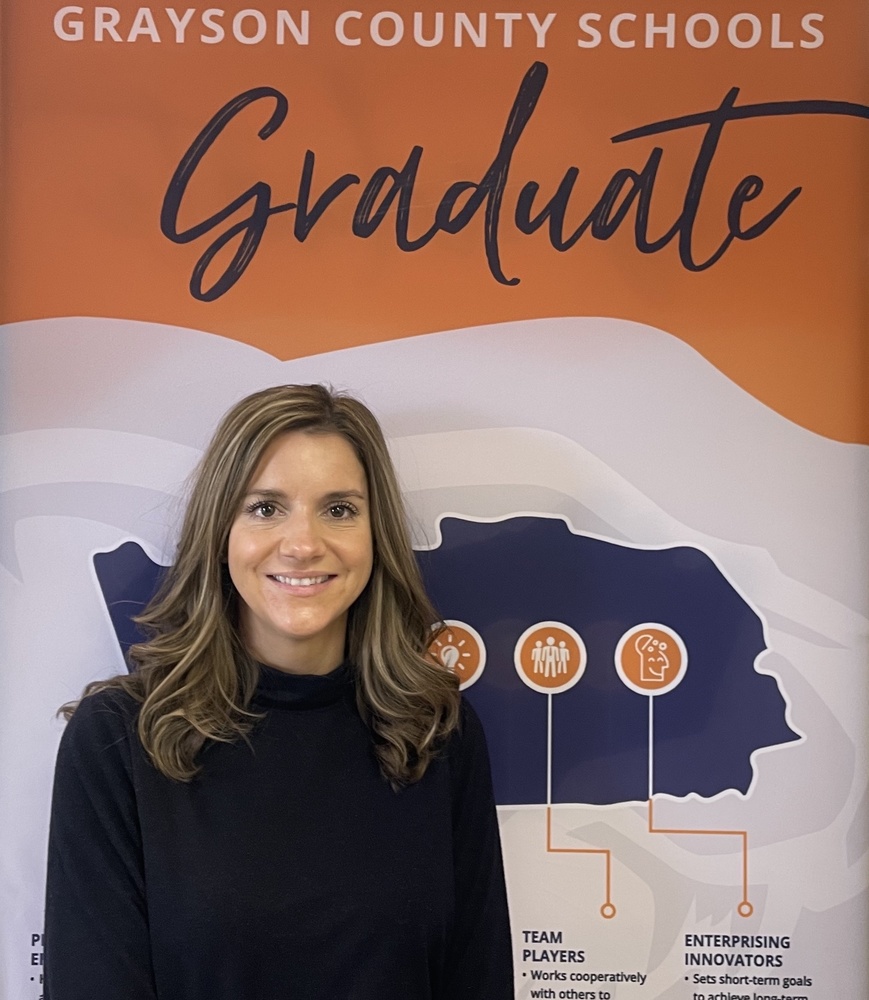 GCHS Interim Principal Lacy Cox has been selected by the school’s Site-Based Decision Making Council to permanently fill the principal’s seat effective immediately. The 2002 grad makes history as the first woman to lead the school.

“My three months as interim was a very positive experience and I’m excited to serve,” said Cox.

“Lacy's love and dedication for GCHS are evident in her work and drive in the education system. We are beyond lucky to have her commitment to our community and school system and we look forward to working with her,” said SBDM member and teacher Tannan Pohlman.

Cox was always a very involved student who “loved the high school.” That pride and enthusiasm carry over into her professional life. In moving forward, she wants to continue to “listen to the kids,” she says.

“This senior class has been awesome with their ideas and really leading them. They’ve seen the last two years of their high school experience pass by and want to make the most of this time.”

As examples, she cited Prom on the Square, which the class presented themselves to the Leitchfield City Council, all the themed events at this year’s football and basketball games, and a Senior sunset event they hope to host near the end of the school year.

Cox acknowledges that the traditions of her high school career are just as important to students today. “It’s all part of being open to kids making memories that last,” she said, recalling high school as “such an important, positive time in my life. I hope that we can provide that for our students.”

Cox has been with the district since 2010, coming from a stint in sales that convinced her that she preferred a more hands-on role in helping others. She also wanted to be able to reflect her natural positivity and enthusiasm in her work. With both a sister and her husband’s family in education, it seemed like a natural fit.

She taught briefly at Grayson County Middle School before returning to her alma mater to teach freshman science. During that time, she earned her Master’s in Library Science and later a Rank I in Administration, including principal certification along with DPP and Instructional Supervisor.

After four years in the classroom, she became Library Media Specialist for the school, working closely with the administrative team on schoolwide projects, including culture.

“I’m just a big culture person,” she said. “I want the faculty and students to enjoy coming here. If they do, then test scores, readiness, discipline, everything else will pretty much take care of itself."

Cox notes that GCHS is in a good place, crediting previous principal Josh Baldwin for his leadership.

She is appreciative of all the support she’s received, both from staff and the community. “I believe it’s important for people to see the person in this role as invested in our community and its success.  I have three daughters that will go through our schools and graduate from here, plus my husband, Adam, is at the board. It’s really a family affair for us.”

SBDM member and teacher Chancellor Dennison calls her passion for GCHS unmatched. “She will do an excellent job as principal. I look forward to working under her leadership, and seeing the impact she makes on our school and community.”